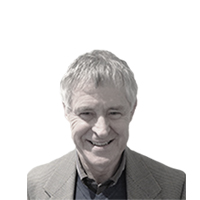 Dr Noel Marginson graduated MB, BS from the University of QLD in 1970 and, after completing his Radiology training at the Royal Brisbane Hospital, became a Fellow of the RANZCR in 1979.

Dr Marginson then became a Staff Radiologist at the Royal Brisbane and Women’s Hospital in 1980-81 before entering private practice in Ipswich and Toowoomba, and subsequently moving to the Sunshine Coast in 1985.

In 1991, Dr Marginson established a radiology practice in Caloundra, adding branches in Beerwah and Caloundra Private Hospital. In 1996, he became a partner in North Coast X-ray and Imaging.

Dr Marginson has previously been an accredited radiologist with Breast Screen QLD and has a particular interest in sports medicine imaging.